How does a cooling system work?

Cooling systems are filled with a chemical coolant antifreeze that has a lower freeze point, and higher boiling point, than water.

The cooling system maintains the engine temperature and coolant temperature at the level necessary for normal operation.

In the past this was usually a green coloured fluid, however many manufacturers now use long-life coolants which may be orange, red, blue or yellow.

The thermostat valve keeps the coolant trapped inside the cylinder head until the coolant temperature reaches a pre-set level at which the engine runs most efficiently. At this point, the thermostat opens to allow coolant to flow into the radiator.

As air passes over the radiator, heat is transferred from the radiator to the air, lowering the temperature of the coolant, so that the cycle can start over. 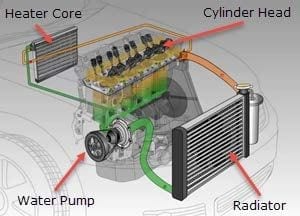 The cooling system maintains the engine temperature and coolant temperature at the level necessary for normal operation. 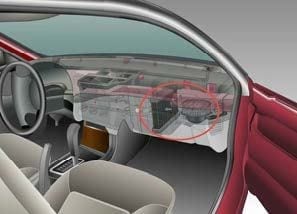 The heater core heats air entering the car, but it serves a second purpose as a radiator.

We’re OPEN and here for you! Currently trading as normal.